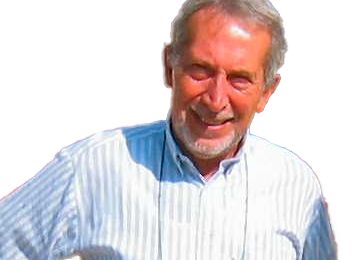 Tito Arecchi, physicist who was president of the National Institute of Optics for twenty-five years, died February 15.

F. Tito Arecchi, was born in 1933 in Reggio Calabria, Italy.

Tito Arecchi gave pioneering and outstanding contributions to laser physics providing the first experimental evidence of the statistical difference between a laser and a random field obtained by photon statistics. These experiments provided a physical ground for Glauber’s theory of coherence.

Another research topic inextricably linked to his name is Transient statistics where he discovered a new phenomenon, namely, a transient enhancement of the photon variance of a laser switched from below to above threshold.

With his coming to the National Institute of Optics in 1977 he gave a great impulse to new and fundamental research lines as deterministic chaos in optics, pattern formation in extended media, and complex phenomena and cognitive processes. Among them, the first evidence of deterministic chaos in a CO2 laser and generalized multistability represent milestones. The worldwide recognized distinction of lasers in Class A, B and C is another contribution associated with his name.

Arecchi was a Fellow of OSA, a founder of the Italian Society of Optics and Photonics, and a member of the Italian Physical Society, Academie Internationale de Philosophie des Sciences, Academia Europaea, and the Accademia Colombaria.

He was president of the National Institute of Optics for 25 years. Then he was Emeritus of Physics at the University of Firenze and Scientific Associate of CNR-Istituto Nazionale di Ottica.

He published more than 450 papers and served as an editor on many journals all over the world. He was the recipient of the 1995 Max Born Award from OSA.

His devotion to research was enormous: the day before his death he was thinking with a colleague about the best journal for his new paper. But great was also his love for teaching. No commitment was never so important to provoke a change in lesson schedule: “if the University Minister calls me during the lesson, I surely answer: I’ll call after finishing lesson” was a real habit. And great was his affection for his family, his friends, his colleagues, and his students.

Friends and colleagues remember him with great respect and affection.