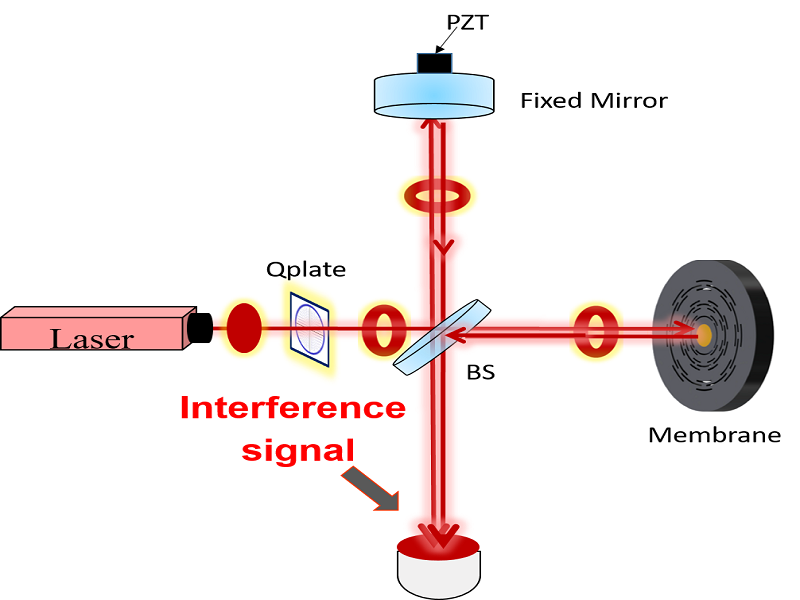 The interplay between optical modes and mechanical modes gives rise to a rich variety of effects that have been theoretically and experimentally explored in optomechanics research area. In the quantum regime the optomechanical systems can access at quantum behaviour of objects on the unprecedented scales and they paved the way to manipulate the quantum states of macroscopic objects. In the most of the configurations, the optical and mechanical modes exchange linear momentum. However, the light can also transfer angular momentum to matter. In pioneering Beth’s experiment only the spin part of the photon angular momentum was involved in the angular manipulation of mesoscopic objects, afterwards Allen et al. in 1992 pointed out the possibility to observe the torque produced also by the photon orbital angular momentum (OAM) part. The OAM is encoded in the spatial transverse profile of the optical beam and unlike spin, the OAM can in principle take unlimited values. This unique peculiarity has attracted many interests in the quantum information and communication fields. It is possible to transfer a wealth of information between different nodes of a network, exploiting beam carrying OAM. In our lab, part of activity is focused on the study of the optomechanical coupling between ultra-low dissipation mechanical resonators and OAM beams in order to realize a transducer and localize information in terms of mechanical resonances . A OAM beam Michelson interferometer where a mirror is a mechanical membrane (fig.1) have been realized to explore as the normal mechanical modes couple with optical OAM modes.