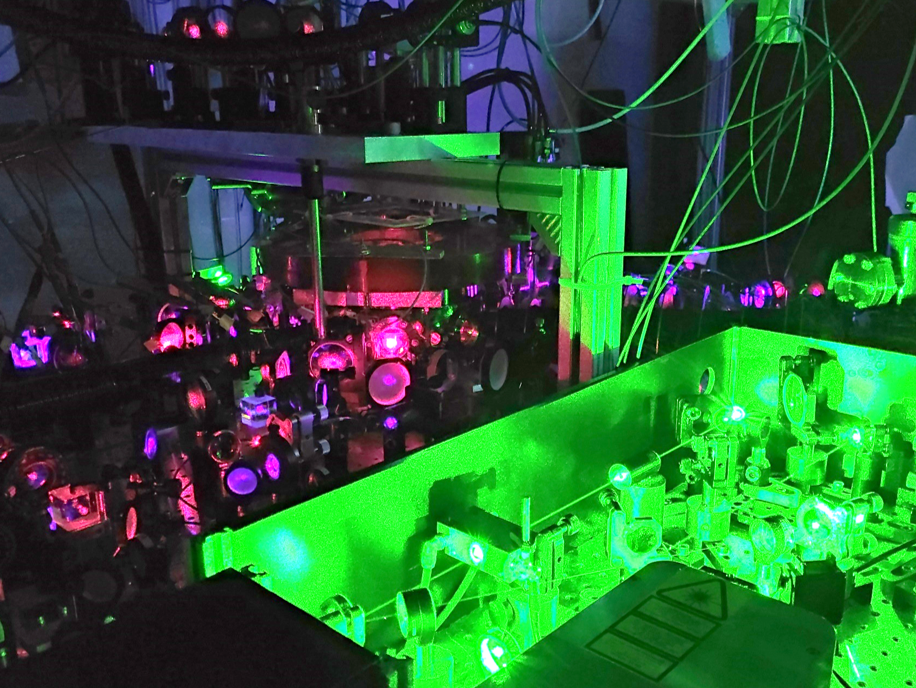 Overview of the Cr/Li lab. By means of a combination of blue and red laser lights and inhomogeneous magnetic fields we produce cold samples of chromium and lithium atoms within an ultra-high vacuum chamber. Once one billion lithium and ten million chromi 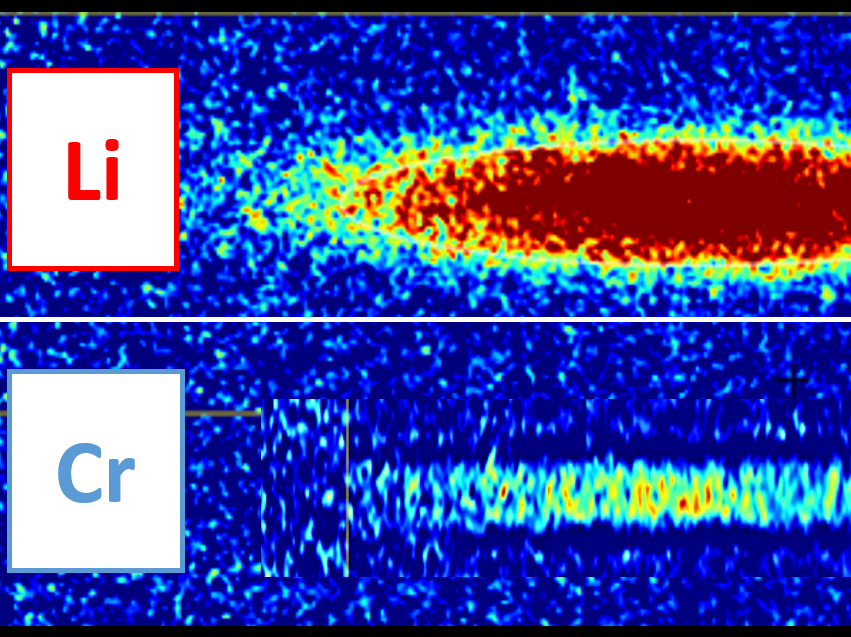 All-optical production of ultracold chromium-lithium fermionic mixtures. Samples of about 10 million Li and 1 million Cr atoms, created via laser cooling techniques at about 200 micro-Kelvin, are loaded in an optical potential directly from a two-species

In the Cr/Li lab we aim at exploring the few- and many-body properties of a novel Fermi mixture composed by lithium and chromium atoms.Thanks to the peculiar chromium-lithium mass ratio, exotic few-body states are predicted to exist in the regime of strong interactions between the two mixture components. In turn, the existence of complex cluster states, where one lithium atom binds to two or three chromium fermions, will enable for the first time the resonant control of elastic few-body interactions in the ultracold regime. Additionally, the controlled introduction of non-perturbative few-body correlations, on top of the standard two-body ones, is expected to strongly modify the many-body properties of highly-correlated fermion systems. As such, the chromium-lithium mixture appears as a unique framework with which to attain elusive and yet debated regimes of fermionic superfluidity and of quantum magnetism. Financed through an ERC Starting Grant in 2015 and a FARE National project in 2017, the Cr/Li lab has been able to recently realize the first cold chromium-lithium mixture worldwide. Two-species samples, produced within a magneto-optical trap at a few hundreds of micro-Kelvin from the absolute zero, are then further cooled to ultralow temperatures by following an all-optical route. Besides being able to routinely create deeply degenerate homonuclear mixtures of lithium atoms, our setup can efficiently produce large chromium-lithium fermionic mixtures in the ultracold regime. Having already experimentally unveiled very favorable collisional properties between these two atomic species, the realization of degenerate chromium-lithium Fermi mixtures with widely tunable few-body interactions is in experimental reach in our lab.