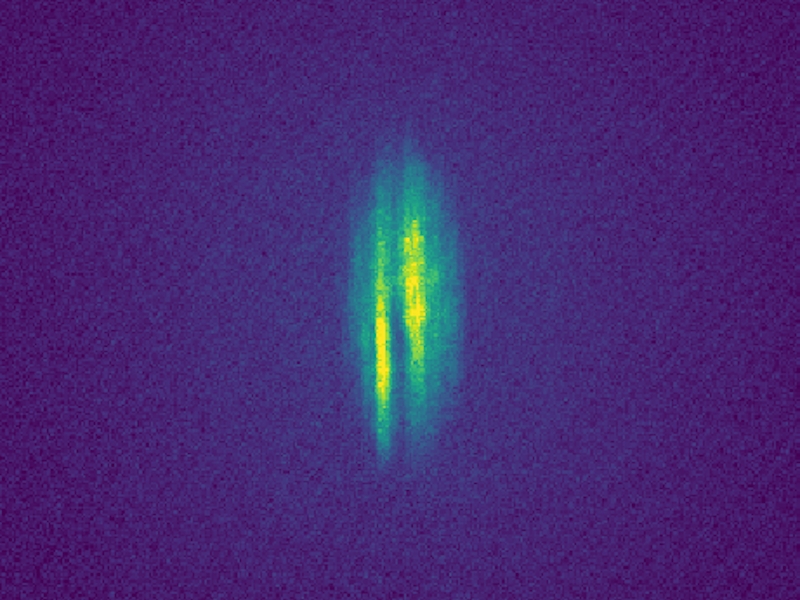 Picture of an expanding Bose-Einstein condensate that contains vortices , following a rapid cooling. 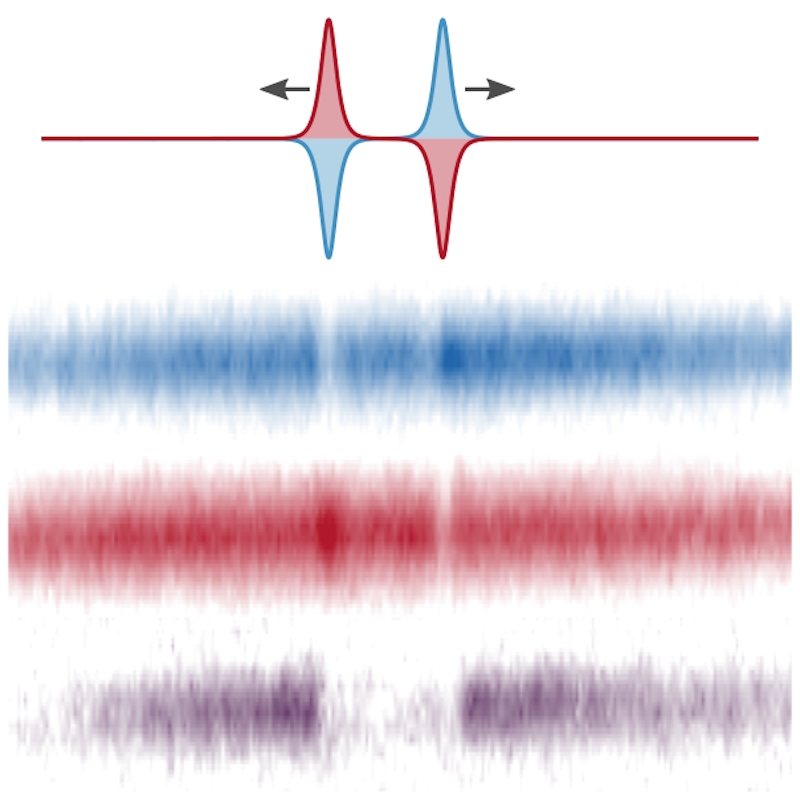 Two magnetic solitons with opposite magnetization created in a sodium spin mixture. The density of each component and their relative phase is measured as a function of time to study their dynamics and interaction mechanism.

The ground state of a superfluid is characterized by a uniform order parameter.

When it is driven out of equilibrium, an internal dynamics can be triggered, leading to the excitation of normal modes, to the formation of waves or topologically protected structures such as dark solitons, vortices and vortex rings.

In the labs in Trento we study these excited states, how to produce them, their dynamical evolution and their interaction mechanims.

Even richer configurations can be obtained when two superfluids are mixed in the same system, and both density and spin channels are involved. In particular, when two superfluids are present one can add a tunable coupling between them, realizing in this way systems that allow to simulate phenomena belonging to other physical fields like magnetism, atrophysics and high-energy physics.

Personnel not belonging to INO